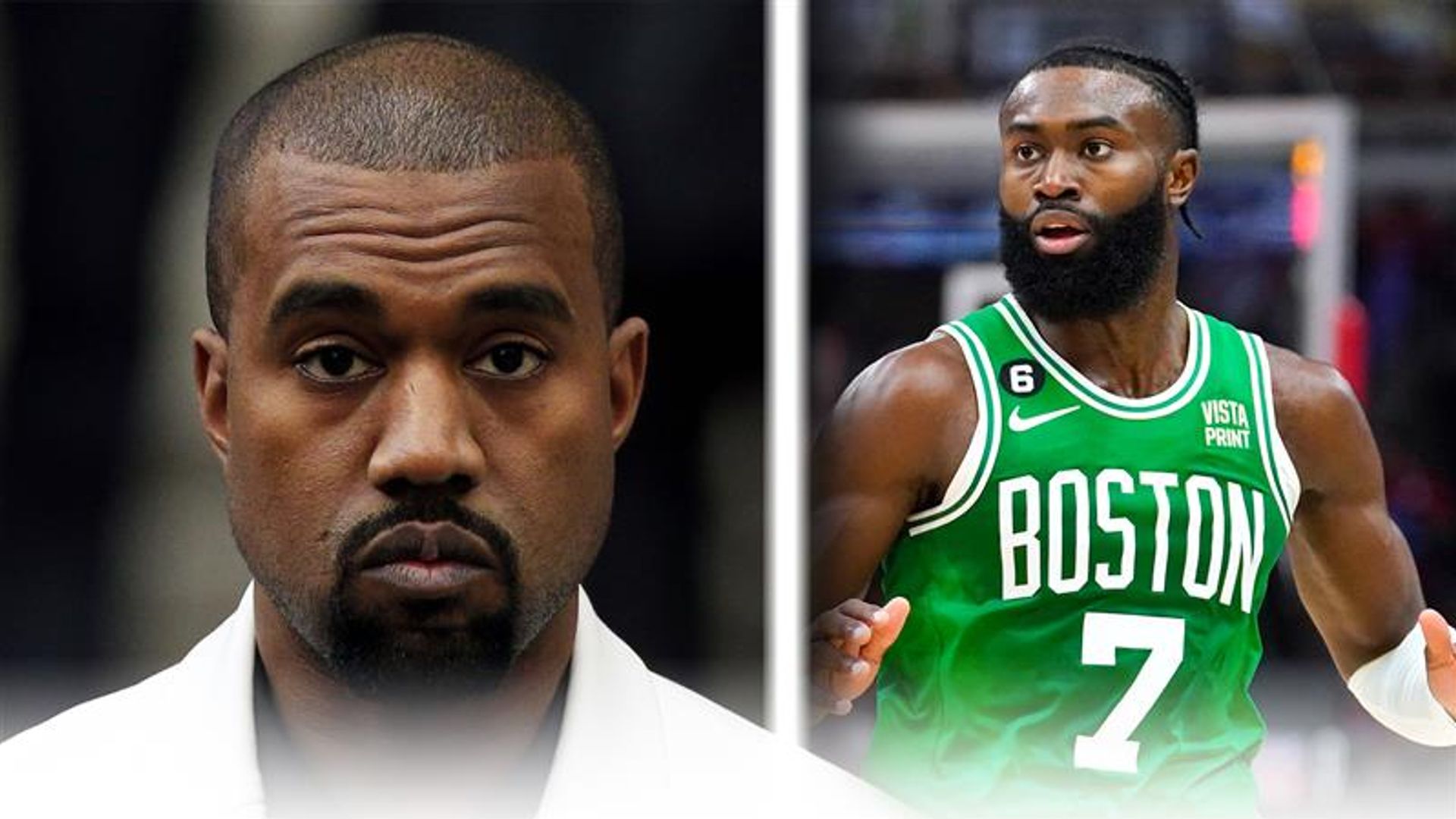 Boston Celtics forward Jaylen Brown says he can’t leave Kanye West’s sports agency after the rapper has been in the spotlight for repeatedly making antisemitic comments.A number of companies have dropped their association with West, including Adidas. The rapper founded Donda Sports earlier this year, signing Brown and LA Rams defensive tackle Aaron Donald.Donda is geared toward off-field endeavours and speaking to the Boston Globe, Brown said: “First, I don’t condone any hurt, harm, or danger toward any group of people or individuals whatsoever.”I’ve been a member of my community, trying to uplift my community, and I’m going to continue to do that.”The former NBA all star pointed out he doesn’t “agree with everything that everybody does” when it comes to West, he said he is remaining with the agency for reasons outside any individual relationship.”A lot of time goes into creating an entity or organisation. The reason why I signed with Donda Sports, it represented education, it represented activism, disruption, it represented single-parent households, and a lot more people are involved in something like that.
“A lot of people that I work with, work with their families, build love and respect for, spending time in the summer. A lot of people involved.”Donald is yet to addressed West’s comments.The rappers Instagram and Twitter accounts have also been suspended, while Adidas dropped him over the “unacceptable, hateful and dangerous” posts.Adidas is the latest among a string of companies which have cut ties with the rapper over his offensive posts on social media.The 45-year-old said he was going to go to “death con 3” on Jewish people and recently suggested slavery was a choice.Adidas said it will also end the production of Yeezy-branded products and stop all payments to Ye and his companies.The company had come under increased pressure to cut ties with West given his remarks, with celebrities and others on social media urging Adidas to act.A documentary about West has also been shelved.

Mark Moseley became the first player in his position to win the NFL MVP. He thinks the feat will never be matched