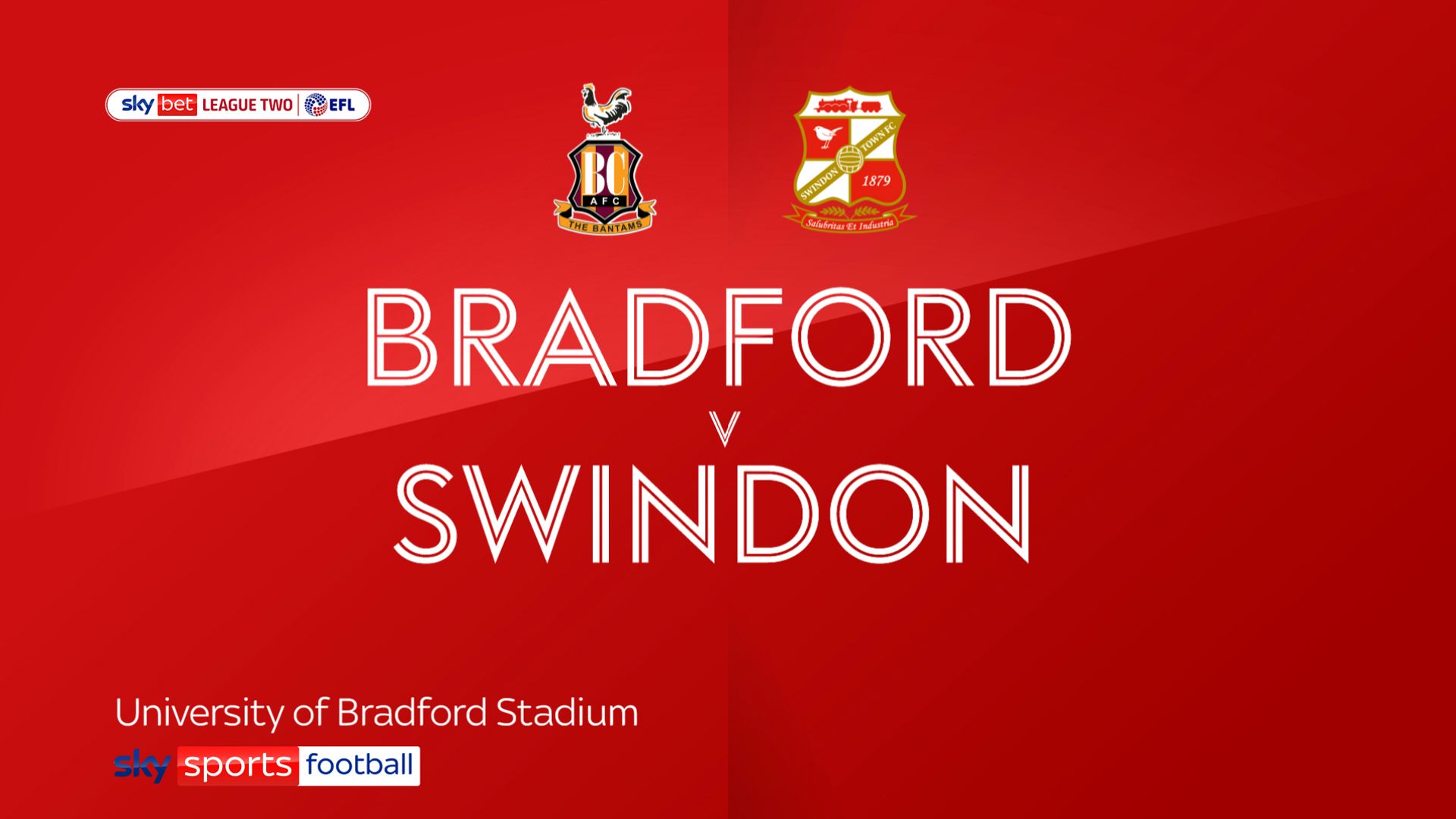 Substitute Luke Jephcott salvaged a late point for Swindon in a 1-1 draw at League Two play-off rivals Bradford.Tyreik Wright had given Mark Hughes’ Bantams the lead with his third goal of the season.
But Jephcott scored from the rebound after his stoppage-time penalty was saved by Harry Lewis to keep Swindon above their opponents in the table.Bradford started well and Wright forced a good save from Sol Brynn with a 20-yard effort.The Swindon goalkeeper then watched nervously as Harry Chapman drilled just wide from the edge of the box.
The hosts took the lead after 31 minutes when Matty Foulds and Dion Pereira combined to play in Wright who angled a shot past Brynn into the bottom corner.
Pereira curled another shot over as the home side kept up the pressure before half-time, with Swindon managing only one hopeful effort from Ricky Aguiar in response.
They began the second half better and Lewis made a good save from Jacob Wakeling, who had a second attempt that rattled an advertising hoarding.Swindon rallied late on and won a 90th-minute penalty when Ellis Iandolo’s cross was handled by Brad Halliday. Lewis saved Jephcott’s kick but the Plymouth loanee scored the rebound.